My visceral reaction upon reading headlines such as Martin Wolf’s “Glimmers of light in a terrible year” in the Financial Times is to counter with positives. I am a glass half full guy, a prerequisite to navigating 2015-20 when pipeline stocks lagged the S&P500 for five years out of six. Wolf says, “Few will regret the passing of 2022” and I must temper my instinctive opposition to such negativity because war broke out in Europe and many families, including my own, lost a loved one. My stepmother sadly passed away in January, and I have only fond memories of her.

But for those who malign 2022 simply because of lousy investment returns, poor asset allocation is the cause. More energy exposure and no bonds would have made the year more agreeable. The case against bonds was so obvious and has been so tirelessly repeated here for years that readers will be spared another exposition (for more detail, see The Continued Sorry Math Of Bonds). 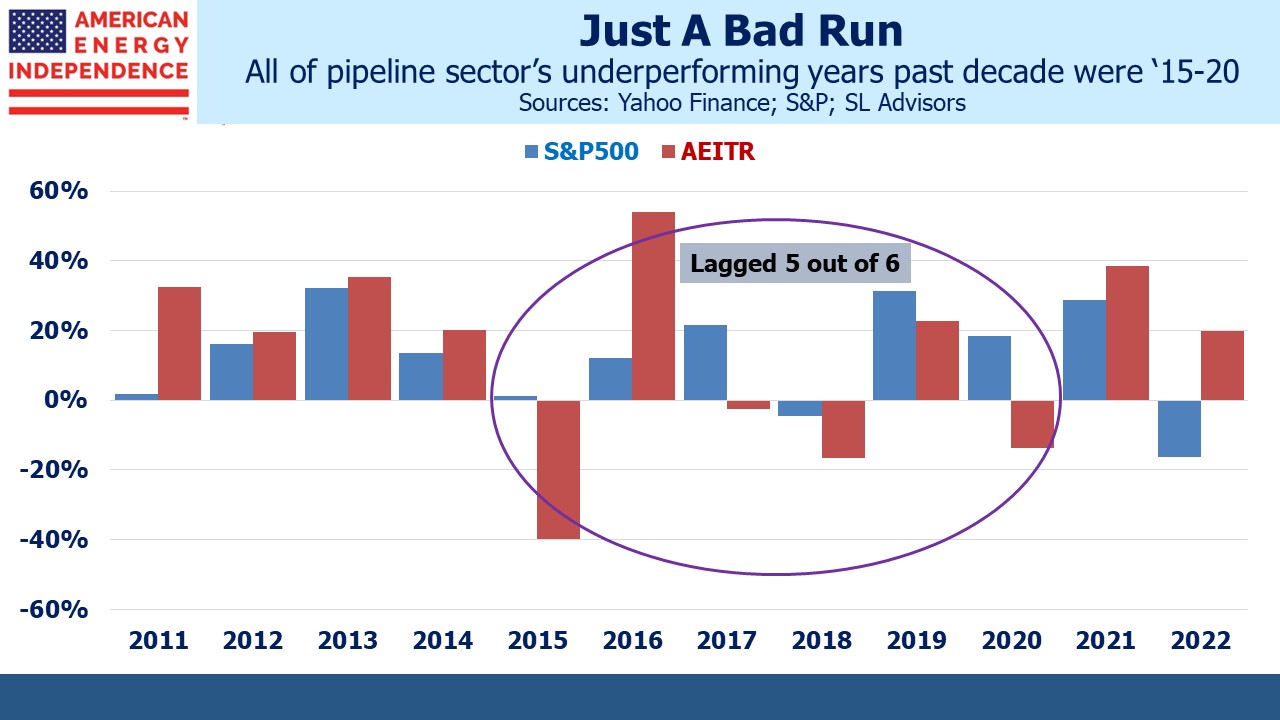 Suffice it to say that central banks starting with the Federal Reserve ($8.5TN), sovereign wealth funds and other return-insensitive buyers have rendered the entire asset class useless to the discerning investor. The Kansas City Fed estimates that Quantitative Easing has lowered ten year treasury yields by 1.6%. What more does a retail bond buyer need to know? For risk reduction just own cash. Duration is for dummies.

The long 2015-20 dark period convinced many that an allocation to energy was a problem they didn’t need. Equal measures of stubbornness and detailed analysis are character traits of those who remained. By 2020, five out of six underperforming years was definitive to some. Two years later it’s five of the past ten. It was simply a bad run. Investors for whom 2022 will shortly be a fond memory had an overweight to energy, and in many cases to midstream energy infrastructure. 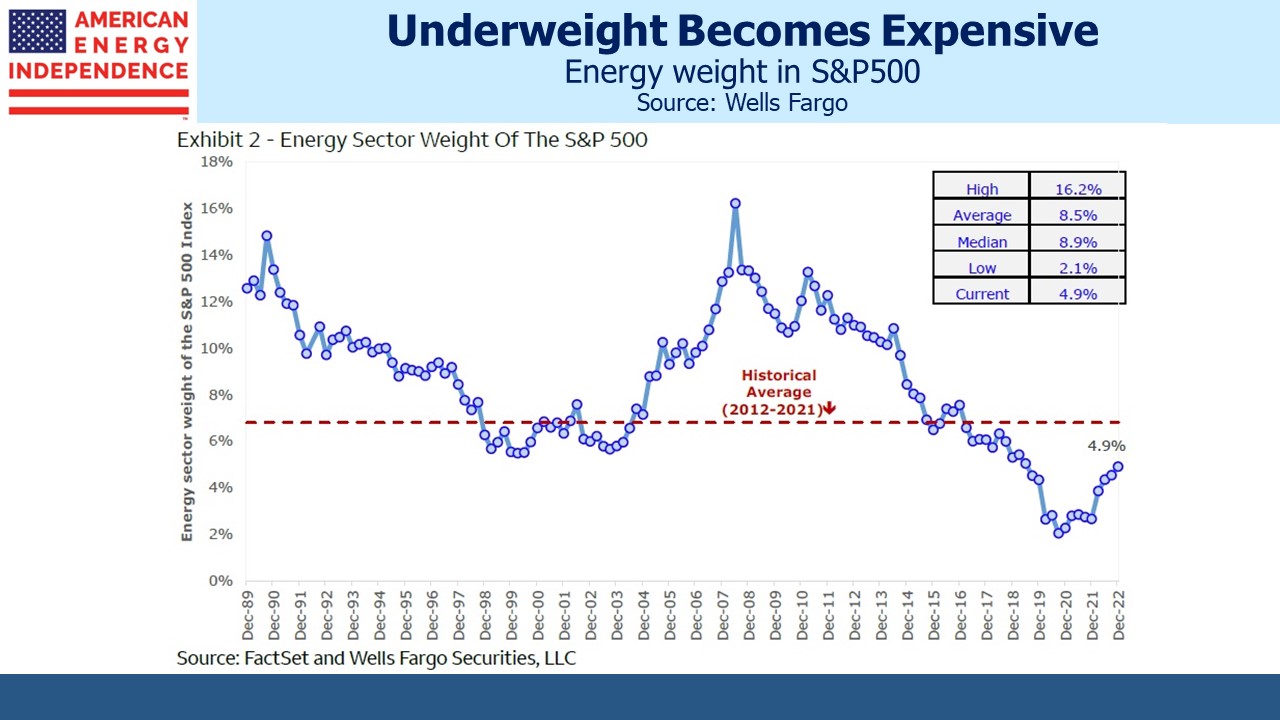 The American Energy Independence Index (AEITR) is +18% YTD, versus –13% for the S&P. One investor estimated that his 2.5% allocation to pipelines had generated almost 1% of outperformance. Wells Fargo notes energy’s rising weight in the S&P500 and concludes it will force more generalists to allocate something if not take an equal weight position. When energy was 2% of the market, a zero weighting might not cause much tracking error. But when energy is 5%, being uninvested during outperformance will be readily apparent to clients.

Investors are enjoying the persistence with which pipeline companies are returning cash. Dividend yields of 6% are augmented with buybacks which Wells Fargo estimates will add a further 1% pa to returns over the next five years. Before the shale revolution, MLPs which were then the dominant business structure paid out 90% of their distributable cash flow. Buybacks were unknown. Today the sector is paying out around half its free cash flow in dividends, keeping capex low, reducing leverage and buying back stock. If the widely forecast recession occurs a year from now, this sector will be well positioned to maintain payouts and emerge unscathed. 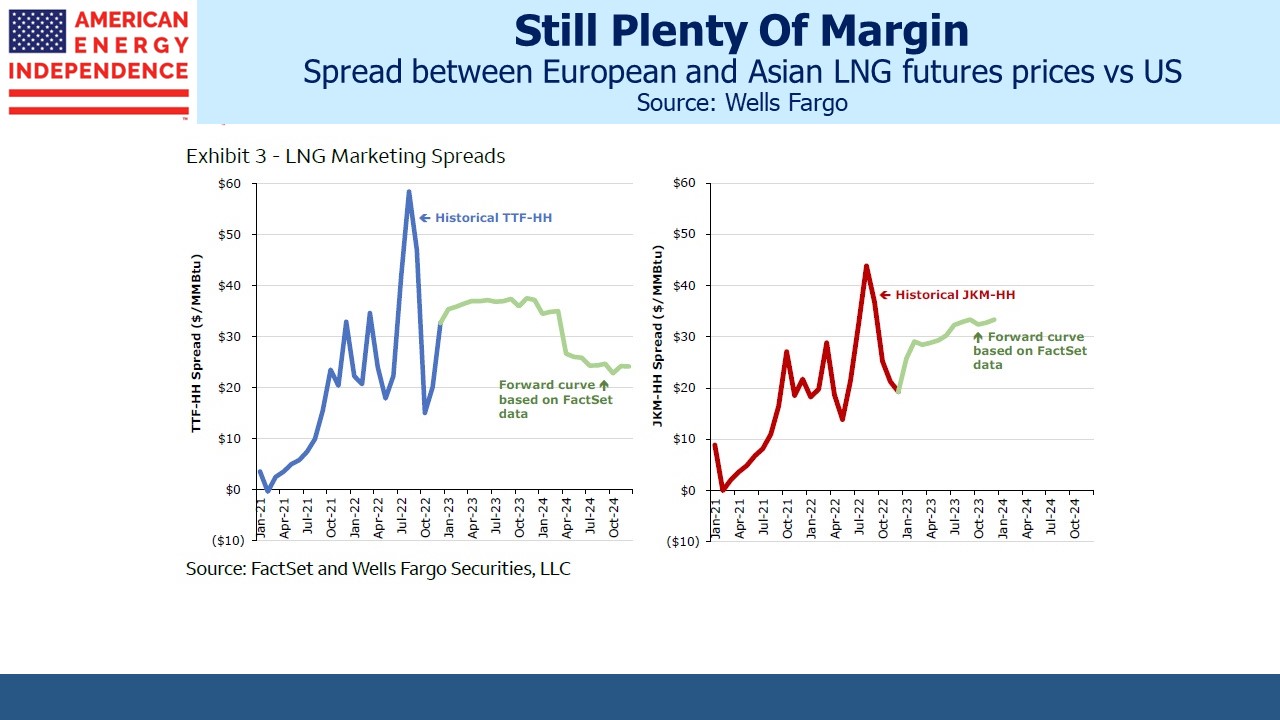 US LNG will enjoy strong demand for many years, even though exports won’t increase much until additional export infrastructure is completed in a couple of years. European and Asian benchmarks are far higher than the US, easily covering the cost of transportation.

NextDecade announced another sale and purchase agreement yesterday with Portuguese buyer Galp Trading. NextDecade expects to announce final investment decision on a three train LNG export facility next quarter. That would likely mean gas, and cash, would start to flow by 2027. 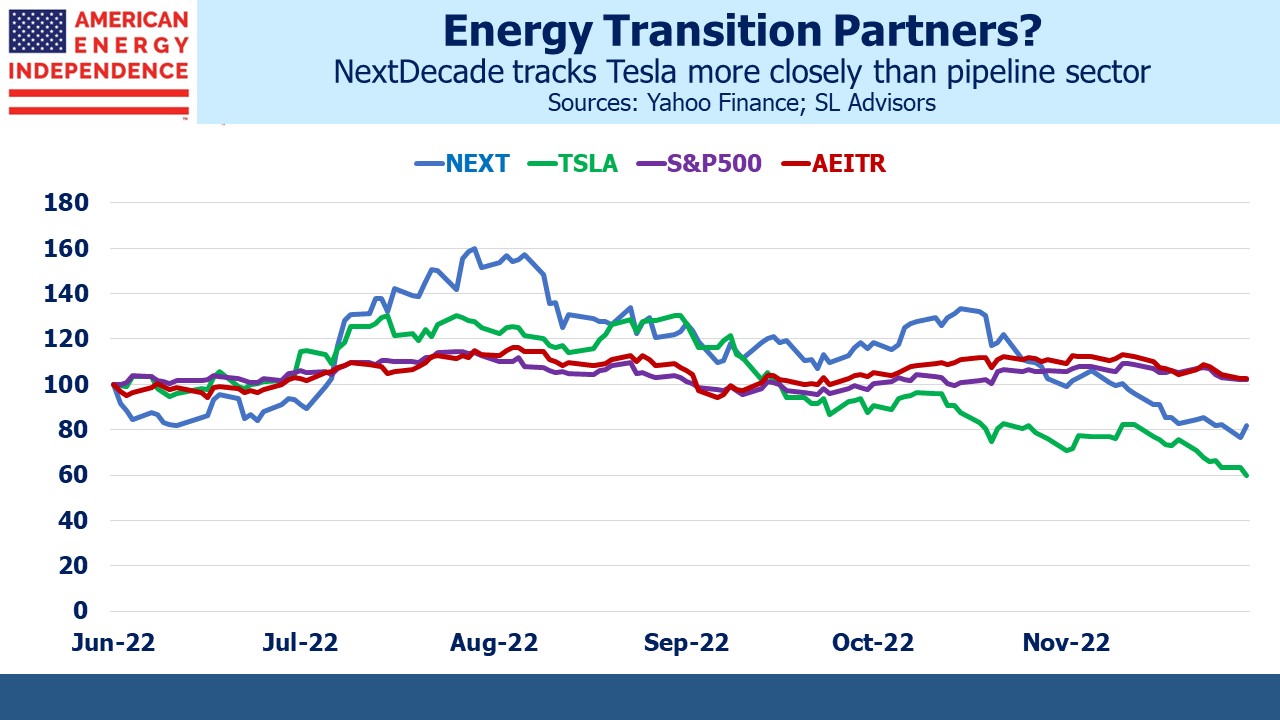 The announcement arrested a steady decline in NextDecade’s stock, which has lost almost half its value since peaking in August. It’s still some years until the company will be valued on free cash flow yield. The market may be recalibrating how much dilution equity investors will endure as they raise capital for a project that will likely cost over $10BN. The current market cap is just over $500MM.

An alternative view is that recent weakness reflects a broader exit from volatile names. Curiously, over the past six months NextDecade is more correlated with Tesla than with the S&P500 or the AEITR. The companies have nothing in common, other than perhaps both being on the right side of the energy transition. One day NextDecade may provide the LNG that foreign utilities will burn to generate the electricity that moves electric vehicles.

Capital discipline, ample dividend coverage and energy’s growing weight in the S&P500 all underpin what we believe is a positive outlook for the pipeline sector heading into 2023. Moreover, ‘40 Act funds in the sector continue to experience outflows (though happily we are seeing inflows). As this retail selling exhausts itself it should provide further upside. 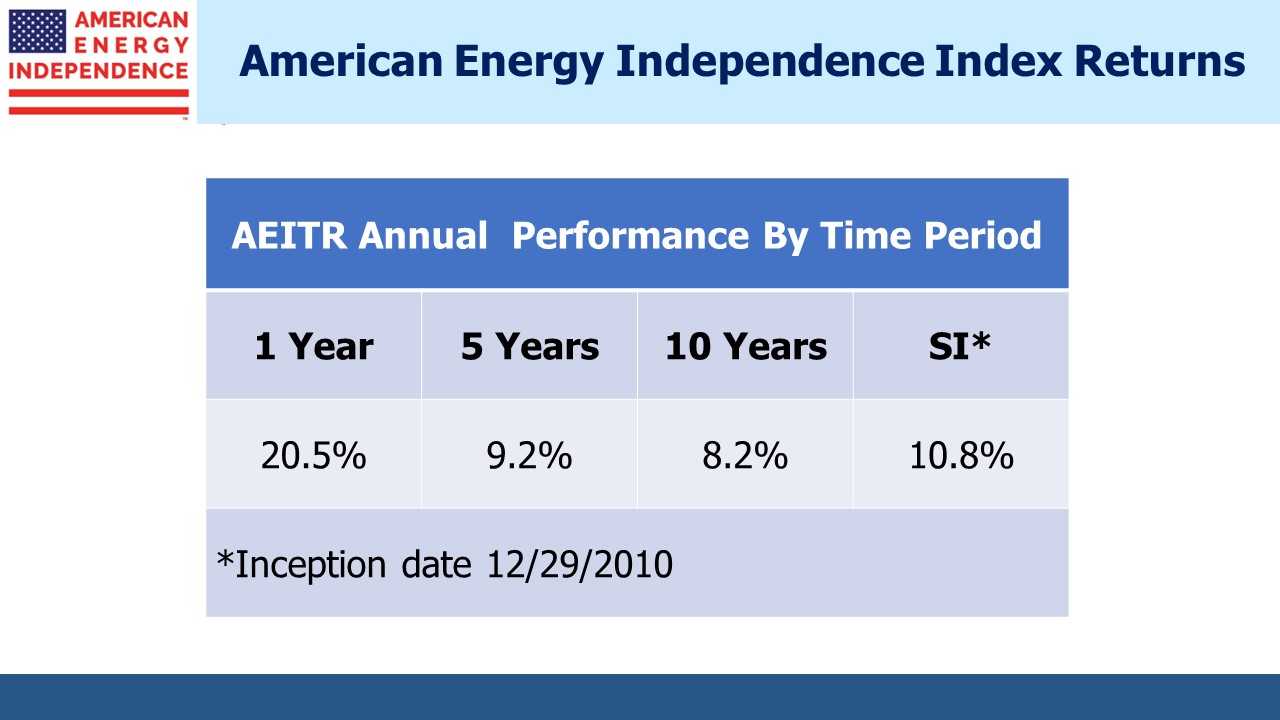 The post Few Got Asset Allocation Right in 2022 appeared first on SL-Advisors.