There’s rarely a shortage of bearish articles. The recent batch incorporates a tone of pleading, or at least reasoning, with investors to acknowledge our circumstances when choosing investments. One of my favorites is a New Yorker essay from mid-May, which asked Have The Record Number Of Investors In The Stock Market Lost Their Minds? The writer meets a retiree over socially distanced golf who is spending his free time trading stocks. No wonder the market’s been rising.

The underlying theme of all these articles is that, since we can all see the economic destruction ourselves, through shuttered businesses and a record leap in unemployment, how can the stock market be so stupid. Some concede that markets only react to surprises, not what’s expected. But being bearish nowadays seems the only socially acceptable view. It’s rather like wearing a mask if you’re near other people – being considerate towards all the victims of the pandemic and their families requires masking up and dumping your investments. 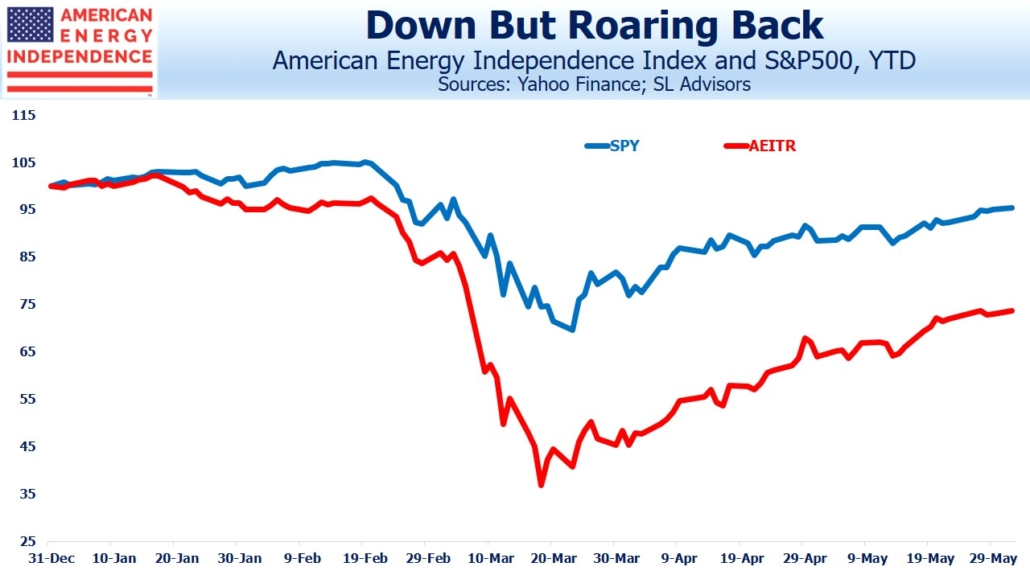 Journalists are expected to explain events as well as report them. So in early May, following six weeks of an inconsiderate market rally and an increase of U.S. deaths from below 1,000 to over 80,000, the New York Times published Repeat After Me: The Markets Are Not The Economy. This followed on April’s failure to inspire reasoned judgment, led by articles such as Everything Is Awful. So Why Is the Stock Market Booming?

The Wall Street Journal feels little compunction to put their humanity on display, so their offerings are less judgmental and more businesslike, such as The Stock Market Is Ignoring The Economy.

Forbes followed their practice of presenting all possible views, which ensures at least some will be right. In early March, The Stock Market Is Still Overvalued, Here’s Why preceded the actual low by a couple of weeks, but was still published some 300 S&P500 points below where we are now. This was only helpful for the most agile investor. But a couple of months later Forbes offered more optimism, with, 5 Explanations For The Disconnect Between The Stock Market And The Economy. By coincidence, the S&P500 was roughly back to where it had been two months earlier, so these two articles book-end the V-shaped drop and recovery. In case this sounds overly critical of Forbes, I should note that your blogger occasionally writes for them as well, a fact some may feel says much about their standards.

But my favorite article is from the New York Times magazine: What Is the Stock Market Even for Anymore? What stronger indictment can be leveled at investors if they stubbornly refuse to sell everything, than to find them irrelevant? The writer starts out by correctly predicting the market’s fall, but then his prescience drives increasingly confident, more dire predictions that are badly wrong. It leads him to search for experts that are more bullish.

A crash surely won’t help our situation, but at least will affirm its gravity. A resurgent market supports the view that this too shall pass, that the world over-reacted. If the virus was that bad, surely stocks would be lower.

So the market grinds higher, confounding a great many. Prices still look attractive to us (see Stocks Look Past The Recession and Growing Debt). But pipelines look like a screaming buy, with yields well over 9% and the momentum of leading the rally since March, with the American Energy Independence Index having almost doubled. What seems certain to us is that, if the S&P500 continues to climb its wall of worry, it will still be outpaced by midstream energy infrastructure, with its recently reaffirmed and excessively high dividend yields.

We publish the American Energy Independence Index and are invested in the ETF that tracks it.

The post Is Being Bullish Socially Acceptable? appeared first on SL-Advisors.